thought i would put some of my early thoughts of VPS.net’s new SAN infrastructure as i have now been using them for a couple of weeks in production usage. 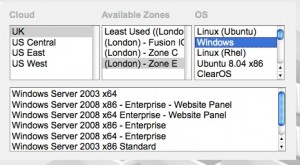 one good bonus of the new SAN infrastructure is that Windows is now available on VPS.net – i have yet to get the chance to test it first hand and for 99% of anything i do i am unlikely to need windows anyway but its good for vps.net obviously as it will attract another stream of users (namely the windows junkies).

my first step into SAN 2.0 territory was pretty smooth, i didnt have a cpanel template to choose from but i normally install it from a scratch centos install anyway so no problem for me. i didnt do any detailed timings but it certainly felt like the install went much faster  (most likely due to the faster and probably more consistent SAN performance) which if anyone knows how long a cpanel install from scratch  is a good thing!

have only been running the server a couple of weeks so far, but things seem to run much more stably i have not had any strange temporary performance issues that i used to have on the old SAN’s in fact performance has been so stable i have been running my server without litespeed on 3 nodes (litespeed causes issues with a reverse proxy domain i have setup in that it just doesnt work with dns based reverse proxy only IP) where as before i “had” to run litespeed to keep consistant performance without adding extra nodes that generally weren’t needed.

the new tweaks to the control panel look really really good, the new console is actually usable now and i could quite happily use it for client servers over the trusty terminal – sure it wont ever totally replace a terminal or ssh client but its a huge step forward over the old version. the new bandwith and cpu usage graphs are really nice looking (although i didnt mind the old graphs in anyway just annoyed that they used to break all the time) 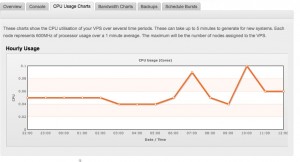 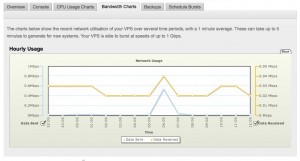 the only negative of the new graphs is that you can only see the last 14 hours of data, there is as yet no way of editing the timescale or seeing further back or over a longer period. the other one thing about the new clouds is that monthly bandwith used is no longer accurate to my knowledge. because since i started my server 2 weeks ago its total bandwith is 6.4MB this includes the cpanel install and software updates and the constant syncing to S3 for the cdn of this site supposedly. i have yet to raise a support ticket for this as its not critical for me as i dont yet get near the transfer limits of vps.net.

all in all its been a long awaited upgrade and its certainly worth dipping in to test. if you are a potential new vps.net customer. use the new SAN’s dont even bother using the old cloud Zones.

now hopefully i should recieve one of the vps.net stress toy robots soon 🙂

This site uses Akismet to reduce spam. Learn how your comment data is processed.